Researchers have discovered what is considered the world’s oldest tattooing kit. According to experts, the tattoo kit features tools that were made from human bones. 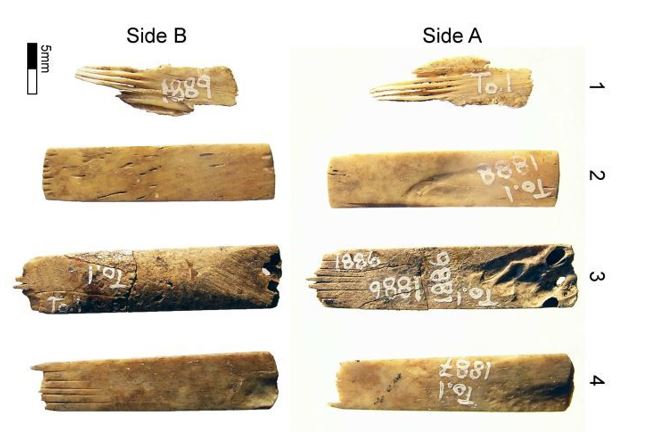 The discovery was made in Tonga, in the Southern Pacific Ocean, and it wasn’t a recent one. In fact, the items were found In 1963 on Tongatapu, the main island of oceanic Polynesia, which consists of more than 170 islands

Recent studies, however, have revealed fascinating and previously unknown details.

It has been confirmed that the kit dates back at least 2,700 years, meaning that it pushes back the dawn of human tattooing.

The discovery could help uncover some of the most fundamental questions about Tattooing like, where it began, and why people marked themselves.

The discovery of the tool was made by scientists from Griffith University in Australia.

Scientists found that all four of the tools they discovered were crafted from bone.

Two of the items were definitely crafted from a large seabird, while the other two from large mammals.

As explained by Professor Geoffrey Clark, from The Australian National University (ANU) School of Culture, History & Language, “As there were no other mammals of that size on the island at the time, and human bone is known to be a preferred material for making tattooing combs, we believe they are most likely made from human bone.”

Discovering items related to tattooing, and dating back thousands of years is extremely rare, and helps us understand the meaning of this ancient art.

‘The discovery of early tattooing implements is exceptionally rare. So, to find an entire kit is phenomenal. We very rarely find a whole kit of any type of tools in the archaeological record.” added Dr. Michelle Langley, from Griffith’s Australian Research Centre for Human Evolution, who worked in cooperation with Professor Clark.

“These artifacts show that the modern tattooist toolkit – one-piece narrow combs, haft, mallet, carbon pigment, mortar, pestle, and ink-holding vessel – were in use 2700 years ago in West Polynesia.”

Scientists say that the tool’s resemblance to equipment used by modern tattoo artists is remarkable.

“The kit most likely belonged to one tattoo artist. One tool was broken and it looks like it was being repaired, so perhaps the kit was accidentally left behind or was too broken to bother salvaging. Perhaps the tattooist was given a new set.”

“The actual tool itself – the comb shape and the way it’s used – hasn’t changed much, and that’s why this find is so interesting. These ancient tools continue to be used today.”