In October of 2017, a mysterious object overflew the skies above Oregon and quickly turned into a massive UFO hunt.

What started as a radar target moving at very high speed over Northern California turned into a series of eyewitness accounts made by commercial pilots traveling northward over Oregon.

Even F-15 fighters were launched to intercept the mysterious intruder that quickly became invisible to radar, and the F-15’s could catch up with the mystery craft. 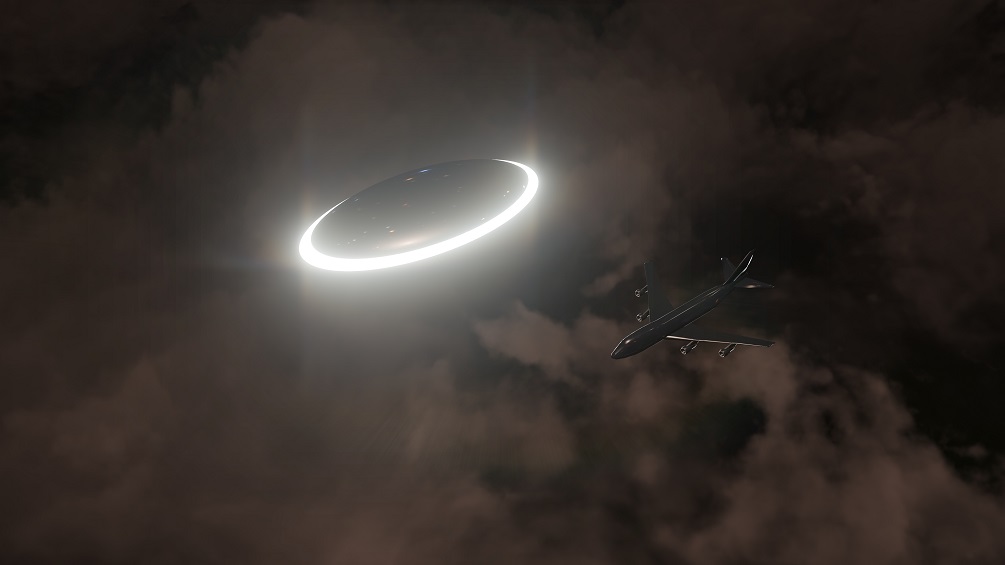 An audio recording released this month reveals confusion between pilots, the control tower and radar operators after they detected a mysterious flying object in the skies of the state of Oregon, in the United States, which they failed to identify.

The UFO was spotted on October 25 last year at 4:30 pm (local time) when air traffic controllers noticed the presence of an object flying at high speeds on its radar.

Upon perceiving what they presumed was an unauthorized flight, a radar operator alarmed the authorities of Sector 31 of the Oakland Control Tower.

At that time, the unknown object traveled over Crater Lake to the valley of Willamette and moved “very fast at 37,000 feet.”

“You know that target south of the boundary there that 0027 code moving very fast at 37,000?” asked the Radar Operator.

Oakland Center Controller asked: “Huh, um… and you don’t have anything on him, huh?”

“I got nothing,” responded the Radar operator.

It was cause for real concern, as the mysterious craft did something extremely dangerous; it suddenly turned into a crowded stream of commercial airliners, where it disappeared from radar, but not from sight. The UFO was not responding to any radio calls and did not have a functioning transponder, reports The War Zone.

Soon after, confused commercial airliner pilots started calling in the reports, saying that they saw a large white aircraft traveling alongside them at a distance.

“Hey, it’s United 612, it’s just a white speck out there, I mean we can see it, but there’s no identification on it, just uh, that it’s there,” reported one of the pilots.

The Air Force was also aware of the mystery encounter and followed to contact closely. The USAF’s Western Air Defense sector jumped into action.

In order to solve the mystery to what Radar and Flight control picked up, US Air Force F15C Eagles, from Portland’s 142nd Fighter Wing were scrambled to intercept the UFO and take a closer look. However, despite the Fighter Jets’ powerful sensors and speed, they could not catch up with the UFO, which eventually disappeared both from radar and sight.

What the mystery craft was, remained a mystery as neither commercial airliner pilots nor Air Force pilots were able to identify it.

What do we know about it? It was big, it was whiteish in color, it flew at approximately 37,000 feet, and it was moving relatively fast, about the same speed as surrounding commercial airliners. The UFO, however, appeared and disappeared from radar, and was not emitting any signals. Furthermore, the UFO always stayed at the edge of the visual range, which made it nearly impossible for pilots to identify it.

The radar and audio recordings released to the public reveal what can easily be said as one of the most mysterious UFO encounters.

Whether the object was a man-made aircraft or visitors from another planet, we don’t know, but anything is possible until it’s proven otherwise.

Read more about the UFO encounter on The War Zone.