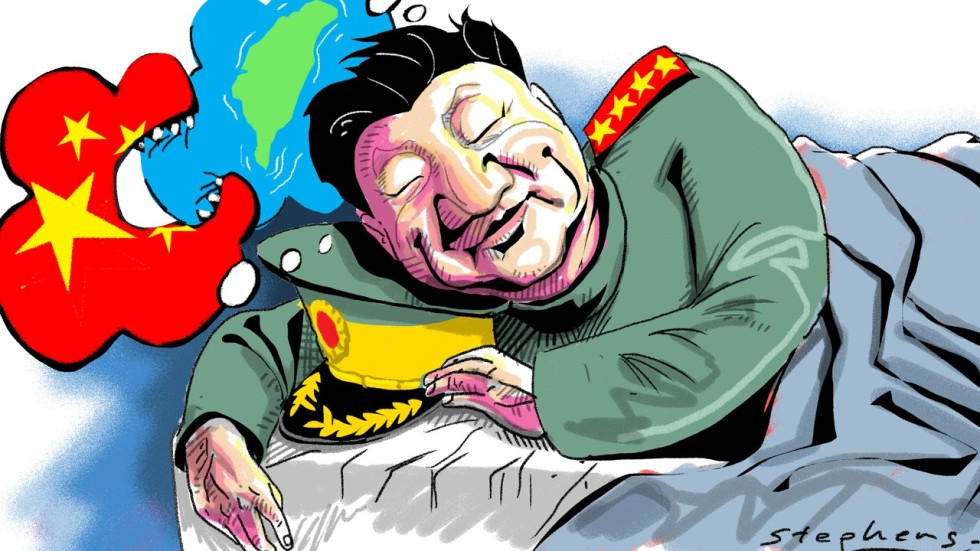 With cross-strait relations deteriorating and the United States frequently playing the Taiwan card, there is a distinct possibility of a Chinese military takeover of Taiwan. I have said President Xi Jinping is likely to recover Taiwan in 2020, the 100th anniversary of the Chinese Communist Party. But I am reassessing the timetable in light of the US-China trade war.

Unless something very unexpected happens, the probability of China retaking Taiwan in 2020 is basically zero for now. In the next two to three years, the Chinese economycould go through a difficult period and Xi, dealing with the internal difficulties caused by the trade war, will have no time for anything else. Also, China’s military reform will not be complete by then, and there will still be a considerable gap between Chinese and US military capabilities. Although a takeover battle would be fought in China’s near seas, Xi would have to prevent it from escalating into a full-blown war. Therefore, there could be no attack on Taiwan unless he was absolutely certain of winning, and it would take time.

In my opinion, if Xi does retake Taiwan, it is most likely to be around 2030.

Retired US navy captain Jim Fanell also made this prediction at a US House of Representatives intelligence hearing this year. He said there would be increasing pressure from inside the Communist Party in the next decade to “pull the trigger” and recover Taiwan. Xi has declared he will achieve the “great rejuvenation of the Chinese nation” by 2049, the 100th anniversary of the People’s Republic of China, hence Fanell’s forecast that China will retake Taiwan in 2029. His reason was that the world’s leaders forgot about the June 4 incident in less than 20 years and “eagerly flocked to Beijing to attend the opening ceremony of the 2008 Olympic Games”. So, counting backwards from 2049, China would have to recover Taiwan in 2030 at the latest.

Although Fanell’s deduction about China’s timetable is somewhat far-fetched, his analysis of Beijing’s agenda – and of Xi’s ambition – is bang on. In theory, the realisation of Xi’s “Chinese dream” of national rejuvenation requires a series of indicators. However, if the two sides of the Taiwan Strait were still separate in 2049, it would be difficult to persuade the Chinese people that the Chinese dream had been realised, and Xi himself would be dissatisfied. How do you claim to have rejuvenated a nation when it is still split?

Xi is a nationalist and his Chinese dream includes complete reunification. Only by retaking Taiwan could Xi realise the dream; only by bringing off this immortal achievement could he surpass Mao Zedong in the historical narrative of the Communist Party. From this perspective, Taiwan is the most important element of Xi’s Chinese dream.

Besides, Xi has personal considerations to take into account. He has offended too many people during his anti-corruption campaign in recent years and, even if the party collapses, he might have difficulty making a safe landing. But if he could win back Taiwan and reunify the country, he would become a national hero with an unparalleled achievement under his belt, and no one would dare touch him.

At the party’s 19th National Congress in 2017, Xi set out a 30-year plan for the Chinese dream: from 2020 to 2035, the country will be basically modernised; and, from 2035 to 2050, it will become a fully modern power. Xi is 65, and it is unlikely he will be in power into his 90s, till 2050. He probably envisions four terms, or 20 years in office, from late 2012 to early 2033, close to the halfway mark of the Chinese dream: 20 years, because that is how long it takes to transform China, expand the economy, and develop national strength and military power.

Considering that Xi would want the glory of the recovery of Taiwan for himself, a suitable time to retake the island should be near the end of his reign, in 2030. Complications could ensue – the world, especially the West, could impose sanctions or carry out a military intervention – and China would need two to three years, or a little longer, to clean up the mess. Then, in 2035, right on schedule, it could announce its achievement of the goal of basic modernisation.

The above analysis is based on the general logic of Chinese strategy, but unforeseen factors may influence the outcome. For example, Xi did not expect the trade war. In the next decade, three variables could force him to move forward his timetable for retaking Taiwan. First, Sino-American relations could worsen further, if Washington’s support for Taipei crosses Beijing’s red line. Second, the situation in Taiwan could spin out of control, if independence forces gain political dominance and hold a referendum to rename the island. Third, the Chinese public could become increasingly impatient with the status quo of self-rule in Taiwan.

Su Chi, a former secretary general of Taiwan’s National Security Council, recently analysed the Chinese Communist Party’s past use of military force. He concluded that whenever its sovereign, territorial or national security was threatened, Beijing would go to war, no matter how difficult its internal situation was or how heavy the price it would have to pay. The Taiwan issue is related to China’s sovereignty, and is an unbearable burden on Beijing.

I’m making this assessment to remind the international community of the dangers facing Taiwan. We must not treat them lightly. In particular, the government and people of Taiwan should be careful not to give China an excuse to retake the island by force.