In brief: The recently deciphered papyrus scrolls contain the oldest known medical discussion about kidneys, as well as notes on treatments for eye diseases and a description of a pregnancy test.

“When you hear about the history of science, the focus is often on the Greek and Roman material. But we have Egyptian material that goes much further back. One of our medical texts was written 3,500 years ago when there was no written material on the European continent,” said one of the researchers participating in the new study. 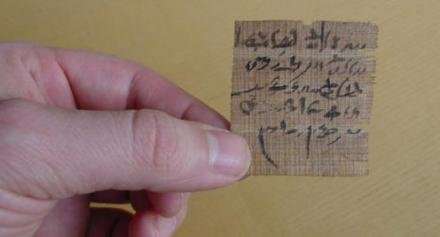 This little piece of papyrus is believed to contain a type of Oracle question. The author has written two possible outcomes for a situation and asked the gods to indicate which one was the truth. Credit: The Papyrus Carlsberg Collection/ University of Copenhagen.

Ancient manuscripts that had not been translated until now have offered fascinating insights into the scientific and medical practices in Egypt thousands of years ago, reports ScienceNordic.

The manuscripts are part of the so-called Carlsberg Papyrus Collection, safeguarded at the University of Copenhagen in Denmark, where an international team of researchers is collaborating to interpret the unpublished documents.

The extensive Carlsberg Papyrus Collection includes more than 1,400 manuscripts, most of which date from 2000 B.C. until the year 1000 A.D., informs the director of the collection, Kim Ryholt, professor of the Department of Intercultural and Regional Studies of the University of Copenhagen. 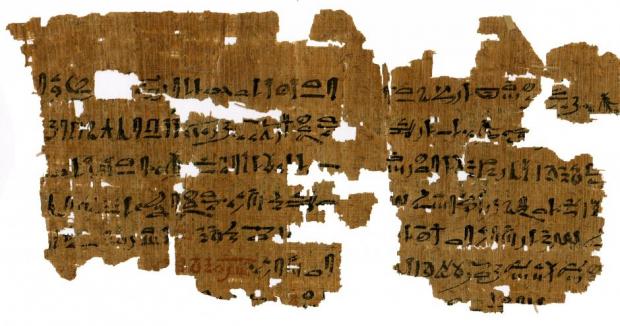 Most of the texts have not been translated since they were donated to the university in 1939.

Now, researchers have begun translating and documenting their meaning. And so far, they’ve found incredible details not only about medicine but about different sciences practiced thousands of years ago in Ancient Egypt.

According to the article by ScienceNordic, experts working on the texts have discovered that the papyrus scrolls include the oldest known medical discussion about kidneys, as well as notes on treatments for eye diseases and a description of a pregnancy test. Along with the medical information, the documents contain references to astronomy, botany, and astrology, the scientists report.

“It’s the oldest known medical text to discuss the kidneys. Until now, some researchers thought that the Egyptians didn’t know about kidneys, but in this text we can clearly see that they did,” said PhD student Amber Jacob from the Institute for the Study of The Ancient World at New York University, USA, and one of four PhD students working on the unpublished manuscripts held in Copenhagen.

Interestignly, the papyri also reveal insights into the Egyptian view on astrology

“Today, astrology is seen as a pseudoscience, but in antiquity it was different. It was an important tool for predicting the future and it was considered a very central science,” explains Egyptologist Kim Ryholt, Head of the Carlsberg Papyrus Collection at the University of Copenhagen, Denmark in an article by Science Nordic.

“For example, a king needed to check when was a good day to go to war,” he says.

“A large part of the texts is still unpublished. Texts about medicine, botany, astronomy, astrology, and other sciences practiced in Ancient Egypt,” explains Ryholt.

The international team of researchers is now translating the previously unexplored texts, which according to one of the researchers, contain new and exciting insights into Ancient Egyptian history.

“It’s totally unique for me to be able to work with the unpublished material. It doesn’t happen in many places around the world.”