And it’s some worrying sh*t.

Up to 32.8 percent of protected land on our planet is already highly degraded due to human activity and infrastructure.

The latest study suggests the human race is in need of ‘a stunning reality check’ for causing a ‘biodiversity crisis’.

Cities, towns, and rural industries have made a nearly irreparable damage.

Published in Science, the new study draws much-needed attention to human impact in the world most vulnerable, protected areas.

The research, led by the University of Queensland, Australia, found that six million square kilometers of protected land–equivalent to two thirds the size of China, or an area twice as large as Alaska –are in a state in which they are unlikely to conserve the biodiversity at risk.

Scientists used the most comprehensive global map of human pressure on the environment, the so-called human footprint, in order to analyze the consequences of human activity across more than 50,000 areas worldwide.

Kendall Jones, a doctoral student who participated in the study, says that in some cases the damage scale was surprising, with the greatest impacts found in densely populated places, such as Asia, Europe, and Africa.

“A well-run protected area network is essential in saving species.”

“We found major road infrastructures such as highways, industrial agriculture, and even entire cities occurring inside the boundaries of places supposed to be set aside for nature conservation.”

“More than 90 percent of protected areas, such as national parks and nature reserves, showed some signs of damaging human activities.”

Furthermore, according to University of Queensland Professor James Watson, a Wildlife Conservation Society research director, the new study is evidence that countries around the globe are overestimating the space available for nature inside protected areas.

“Governments are claiming these places are protected for the sake of nature when in reality they aren’t,” Professor Watson said.

“It is a major reason why biodiversity is still in catastrophic decline, despite more and more land being protected over the past few decades.”

The new study suggests that around 32.8 percent of protected land our planet is already highly degraded thanks to human activity and infrastructure.

42 percent of protected lands remain free of any human pressure. Scientists note that areas free of human pressure tend to be more remote and isolated regions such as places in Canada in Russia.

“There are also many protected areas that are still in good condition and protect the last strongholds of endangered species worldwide,” Professor Watson explained.

“The challenge is to ensure those protected areas that are most valuable for nature conservation get the most attention from governments and donors to ensure they safeguard it.” 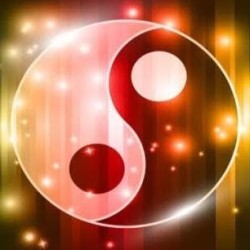