For decades one archaeological mystery in Costa Rica has intrigued scientists. Parts of this tiny country are festooned with ancient stone spheres. And most, at first glance, look perfectly round. Some are only a few centimeters in diameter, while others are as much as two meters, and weighing up to 16 tons.

Where to find these archaeological oddities:

If you’re an archaeology buff, the best place to find these fascinating artifacts is at Finca 6, in Puntarenas, Costa Rica. Located between Sierpre and Palmar del Sur, it houses a museum which contains the world’s largest collection of these spheres. As such, Finca 6 is considered a World Heritage Site by UNESCO, The Tico Times reports. 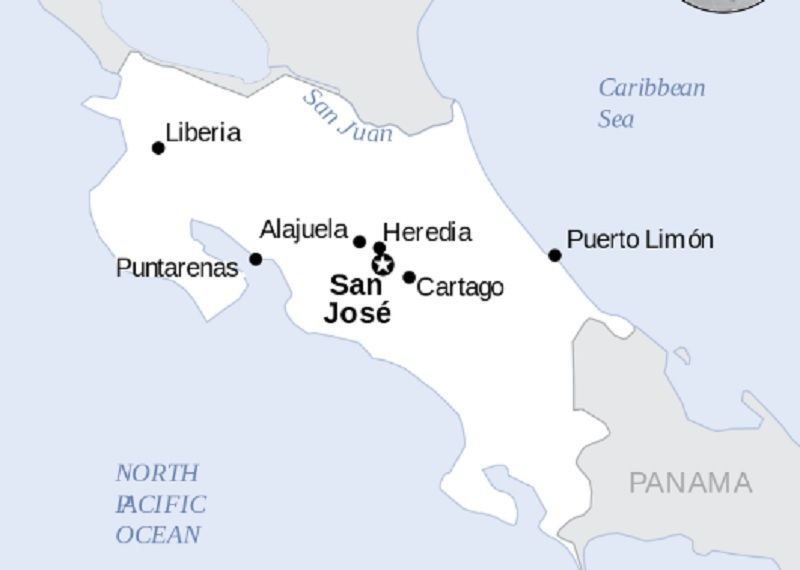 How were they made — and who made them?

One of the most intriguing aspects of these esferas (also called Las Bolas) is that most are made of gabbro or granodiorite, hard, the igneous stones that form outcrops in the Cordillera de Talamanca mountain range, Booksfact reports. Sometimes they were also made from limestone or sandstone, or even coquina (sedimentary rock that consists of fossil sea shells.) 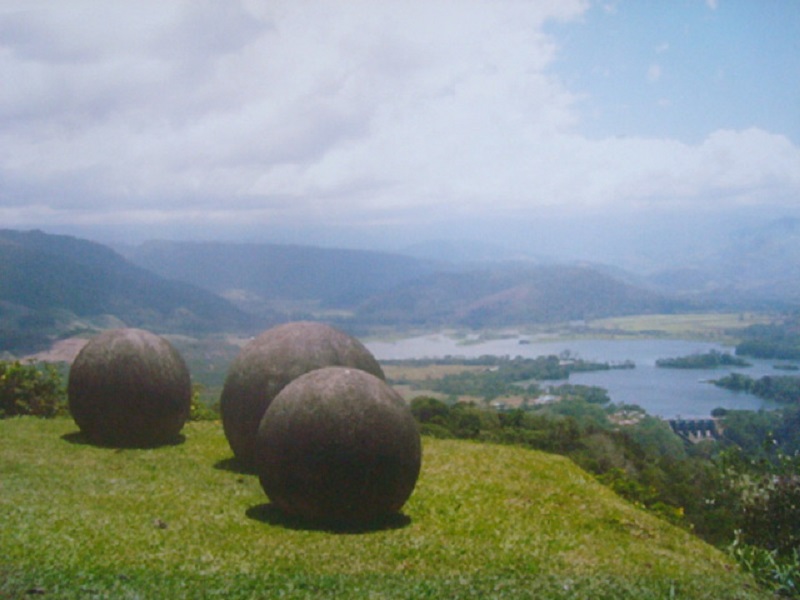 Making them must have been quite a process. They were likely shaped by a process using controlled fractures, pecking, and grinding. If exposed to rapid changes in temperature, granodiorite can be shed in layers to produce the desired shape. The spheres may have been shaped by applications of hot coals and chilled water. Once they were reasonably spherical, the artist hammered with stones that were also made out of granodiorite. Then came the final step — grinding and polishing them until they shone. 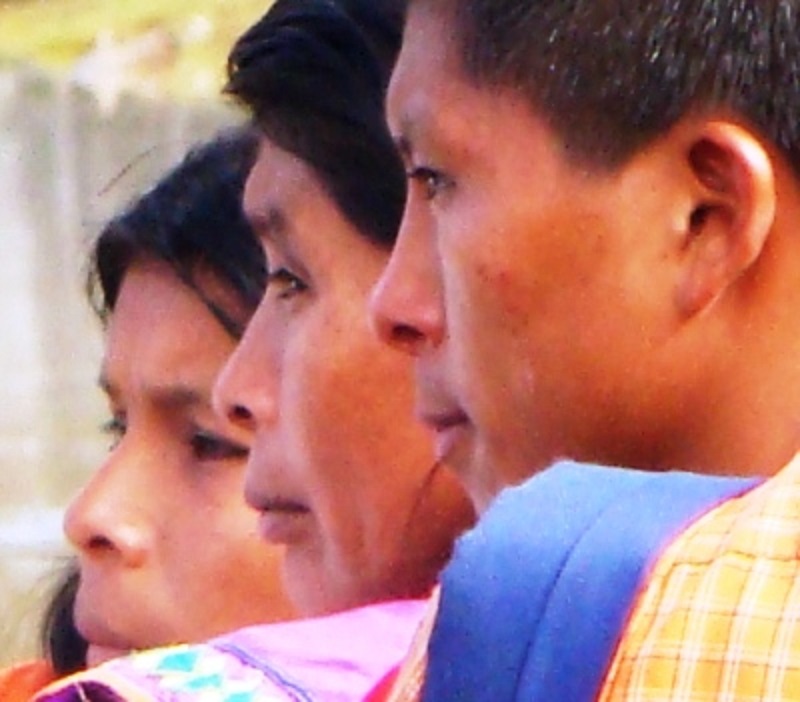 The spheres were most likely made by an extinct civilization whose ancestors spoke Chibchan languages, which connects them to peoples from Honduras to Northern Colombia. The present-day Boruca (or Diquís), Téribe, and Guaymi peoples are the descendants of this culture. These ancient peoples spent their lives hunting and fishing, and growing crops — especially pineapple, maize, beans, manioc, pejibaye palm, papaya, avocado, chili peppers, and many other fruits, root crops, and medicinal plants. Their settlements were small, with fewer than 2,000 people. Their homes were round, with foundations made from rounded river stones. 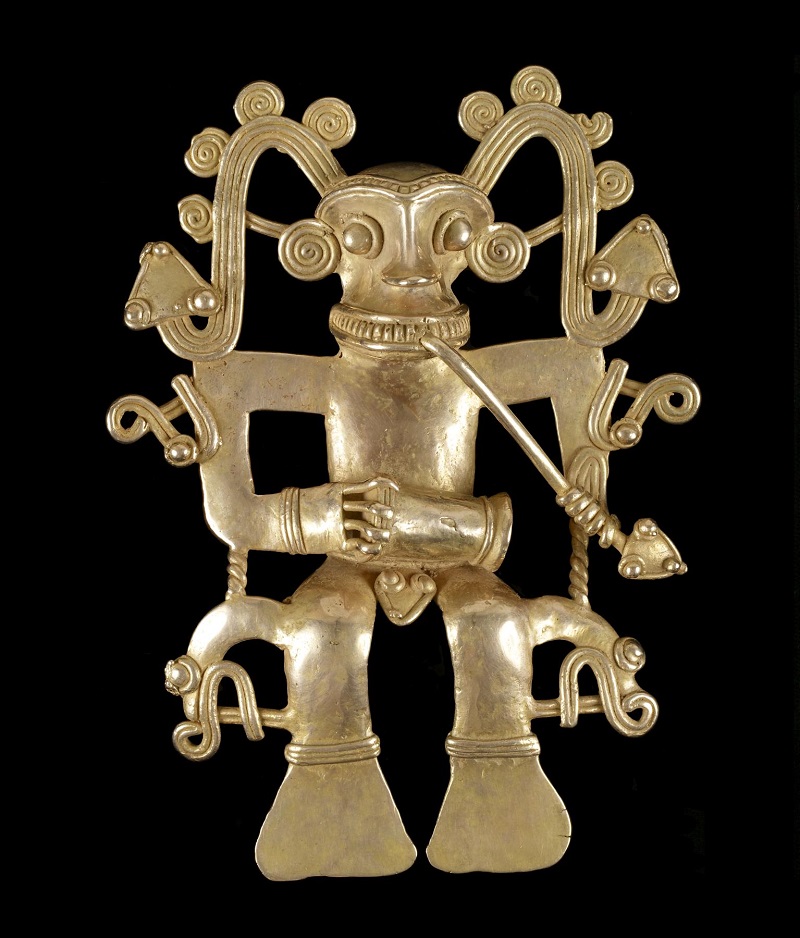 A gold pendant made by a Diquís artisan in Central America shows a man playing the flute and a drum. The pendant dates to between 400 and 1500 AD.  Image license CC SA 3.0 by Walters Art Museum via Wikimedia Commons.

When were the spheres made and what was their purpose?

Finca 6 is located at the site of an ancient village that served as the largest community in the Diquís Delta plain. Conditions here were amenable to agriculture and construction, and it was the perfect place to consolidate power. Smaller villages were settled here and there, in the foothills of the Cordillera Costeña. These villages were subordinate to the larger establishment on the plain.

It’s believed that the esferas highlighted the status of a village and its inhabitants.

“One element used to show the hierarchy of the villages and their inhabitants was the possession of stone spheres,” reads one display at Finca 6. “The spheres could be sent (as a gift or an exchange) from the Delta plain to subordinated or allied communities in order to create a territory under ideological, economic, and military control.”

Sometimes the spheres were aligned in patterns that may have followed the movement of the sun or moon to keep track of times of the year related to agricultural cycles or perhaps other rituals, The Tico Times notes.

The timeline for this region extends from 10,000 B.C. with the rise of agriculture, through the period of chiefdoms in the Aguas Buenas (“Good Waters”) Period, from 300 B.C. to 800 A.D. This was the age of chiefs (also called caciques), shamans, warriors, and artists. This is also when the first stone spheres are made.

But it was during the Chiriquí Period (A.D. 800-1500) that these civilizations flourished and sophisticated hierarchical societies harbored power over vast territories. This was a time of conflict among the caciques, but it was also the heydey of these wondrous spheres. If you were the cacique of the largest village and it had more spheres than any of its smaller neighbors, you were definitely the big boss. Meaning you had plenty of status and power. And the wealth to go with it.

What’s also amazing is that many of these spheres were transported as far as Isla del Caño, 17 km off of Costa Rica’s Pacific Coast. This was well before the wheel reached the Americas, and horses and other beasts of burden were not used at this time, so how they arrived here is a complete mystery. 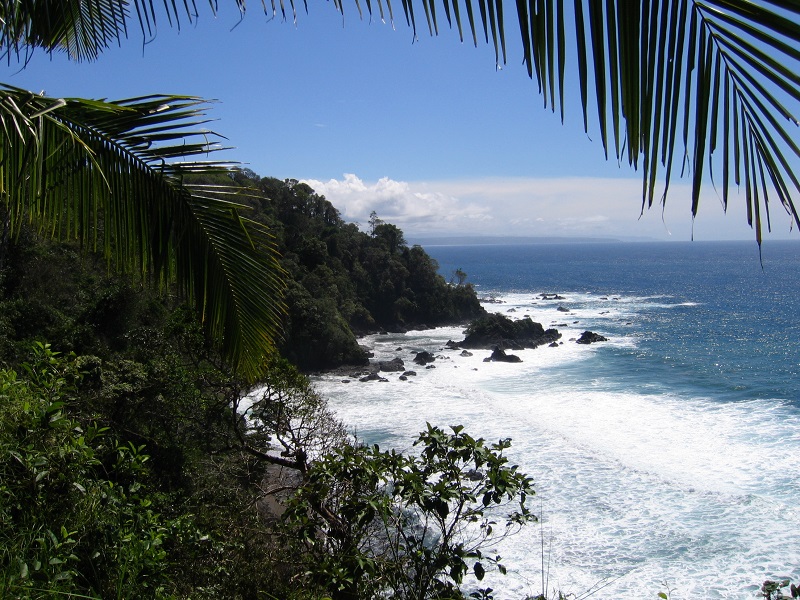 As unfortunately happens with many archaeological wonders, more than a few ignorant people have associated the spheres with nonsensical phenomena, linking them to the mythical city of Atlantis, or to space aliens, or even to giants who used them like marbles, but this has been roundly debunked.

Tragically, the era of these stone masterpieces came to an end after the Spanish conquistadores established their first capital in Cartago in 1563. Shortly after that, the original inhabitants of the Diquís Delta were lost to eternity.

Remarkably, many of the esferas are still in their original place, undisturbed by time, and you can see them at Finca 6, which is easily accessible via the Inter-American Highway (Highway 2), or the Costanera Sur (Highway 34). Click here to find out more.